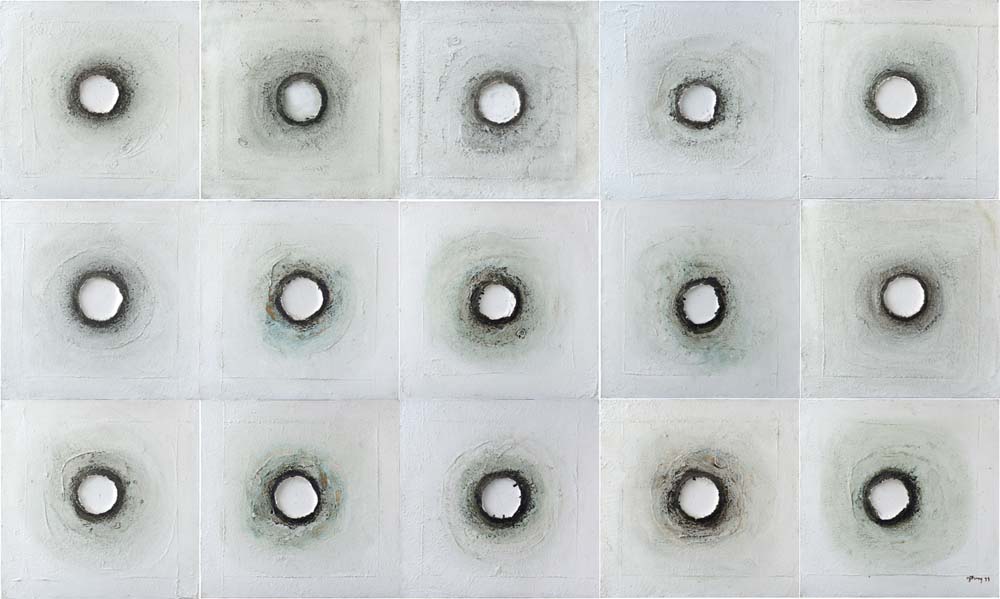 One of his most remarkable paintings to date, ‘White Echo’ (1999) is based on his memories of Vietnam in wartime. This large, impressive work comprises fifteen panels depicting a single, circular form at the center of each canvas. Created with papier mache, the circles represent craters in the land following a major bombing. The work succeeds in creating powerful, unrelenting reverberations in our consciousness. White Echo in the exhibition Revelations of Time and Self recalls scorched fields and moonlight. It consists of rings of white circles on white, outlined by dark ash-like craters. White is the color of mourning in Asia, and his painting evokes a rebirth after destruction. In describing the painting, Trung sees the round pockets as recalling wartime Vietnam and the craters left in the land after bombing. The white background with faint stains of reddish brown reminds one of the scorched earth after defoliation from Agent Orange or of the color of the clay-rich earth of past civilizations. (Nora Taylor)