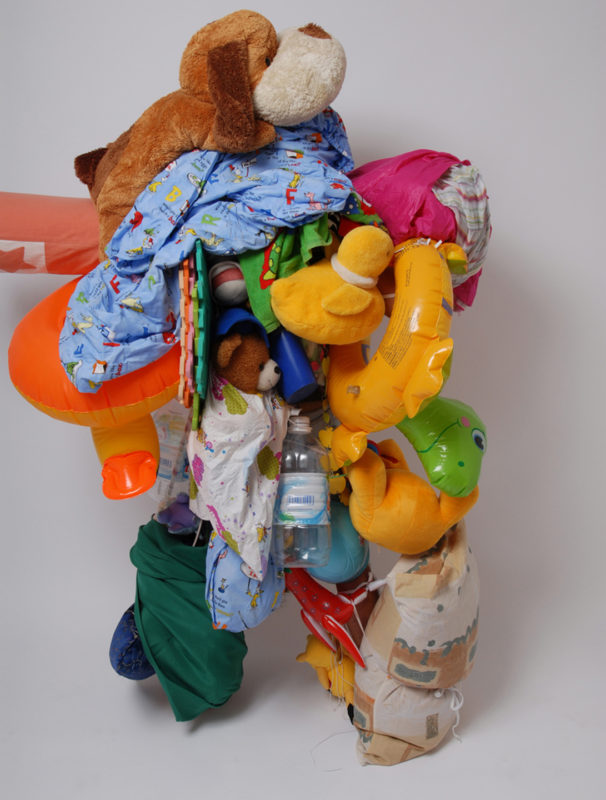 The two videos “Elephant” and “Bis! Bis!” are two channels of an installation video.

There is a fable about 4 blind men and an elephant. The blind men were given a chance to see the elephant for the first time. Each man came to touch the elephant’s leg, ear, tail and trunk respectively. After that, when asked, what is the elephant, four men can’t stop arguing because each of them just knew the elephant as its part they have touched. Vietnam is rapidly developing. With advantages brought by the development of the economy, its people are struggling to be adapted to the new environment, to learn to accept or reject such values, which are newborn by the consumerism or very old from the socialism. In the meantime, its society is dealing with many conflicts, causing by its trying to keep the old dogmas, which in fact, leading to unexplainable, unsolvable dilemmas. According to Cam, the elephant is big and friendly but at the same time, people are afraid of them. Its movement is rhythmic, like a dance, but seems to be mysterious. This video borrows the above fable and the mysteriousness of the elephant’s movement to hint at the confused developing process and the mysteriousness of society operation in Vietnam today. It could be something, or certain problem, largely loomed, but were ignored and considered as mystic.

When a performance is finished, the audience sometimes expresses their overwhelming feeling and they make sound like “Bis! Bis!” In return, the actors come out on the stage, bow at the audiences again. Again, again and again… sometimes, the situation seems to be nonstop, feel like they all desperately cling to something unclear, as if trapped in a time trap. The images are illogical repetitive, cropped round and flashed like an eclipse. It could be a dramatic wheel, which is repetitious and inescapable of all the future expectations. (Hoang Duong Cam)