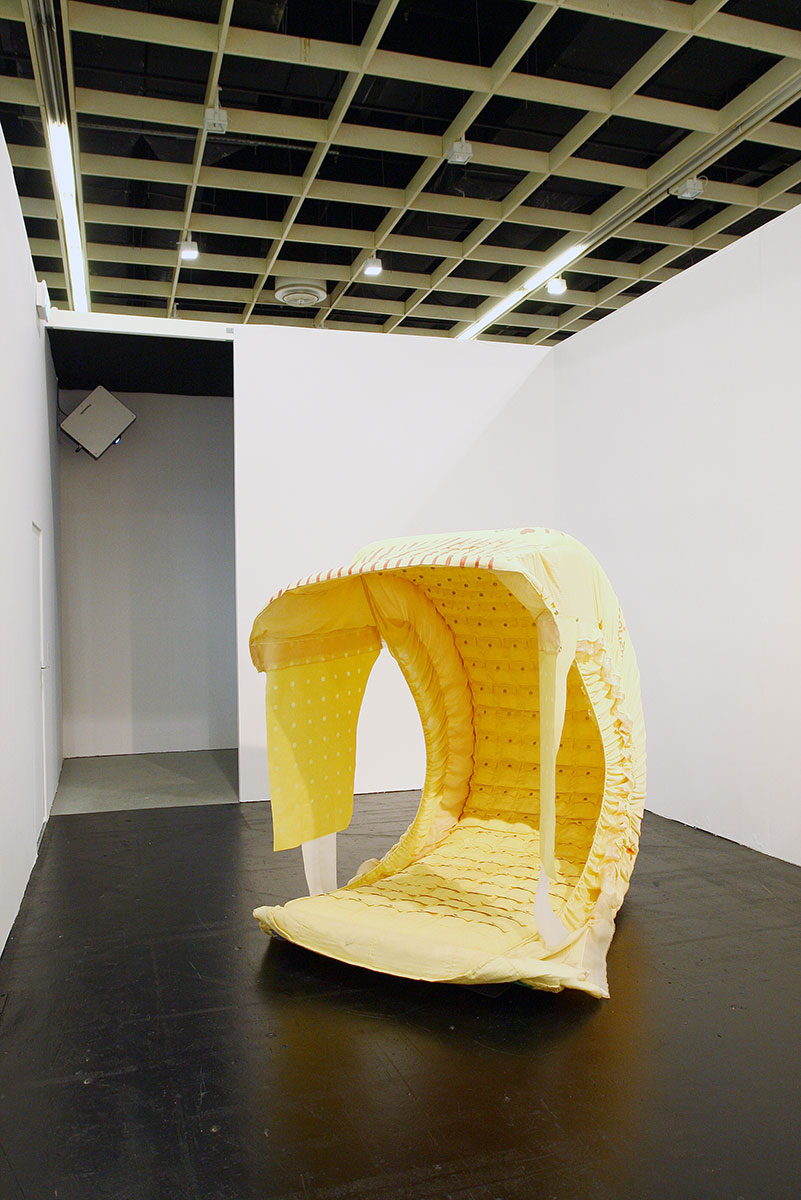 The sculpture – about two metres high – was on show in Hanoi for two days before officials demanded its removal. Artist Truong Tan deliberately makes the connection between the absorbent properties of babies’ nappies and the pockets of policemen. The banning is an unusually public example of the struggle between radical artists and the communist authorities.  The work is called Hidden Beauty, and there is no doubt about it – it is a giant nappy, or diaper. It is light brown, the same colour as the uniforms of Vietnam’s traffic police, and the inside of the nappy is made of dozens of pockets – each fastened by a police button. “When you go out you have many troubles with the police in the streets and the same in culture, with art,” Truong Tan said. “When you do it in your house, no problem, but when you do it in an exhibition you have a problem with the police.” (Bill Hayton, BBC)