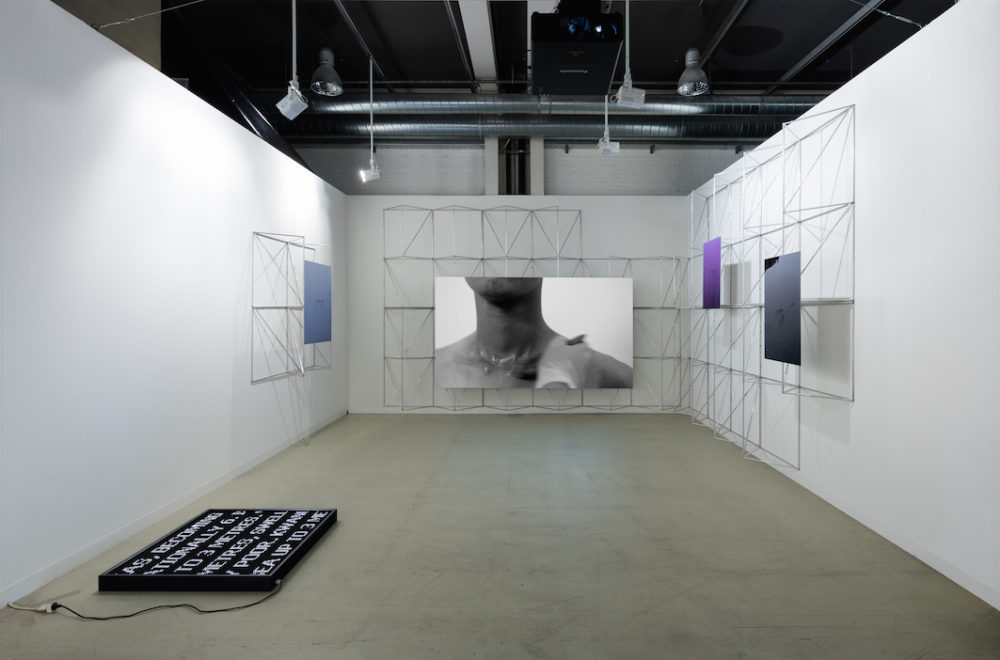 At the core of the installation stands the artist’s theme of the body in its layered political aspects. In her major new video work Memory Dispute (2017) Tieu investigates the shifting economies of the use of toxins in past and contemporary Asia. Memory Dispute captures a remote rainforest in central Vietnam, an area heavily attacked by napalm during the Vietnamese American war. The footage recording ghostly images of an ecosystem now irrevocably altered. The landscape becomes a metaphorical study when contrasted with footage, which meticulously document the process of an illicit skin whitening treatment prevalent throughout Southeast Asia. An acid fluid is applied onto the body to separate two skin layers, allowing the entire first surface layer of skin to be peeled off. Skin, the protective surface of the body, functions here as a metaphor and a means to inquire on the circulation and shifting impact of these external forces onto individuals.

Tieu’s moving image work maps disparate and converging lines between the inflammable liquid napalm and that of an acid skin peel, exploring the body, nature and Vietnam’s layered historic colonial legacy as a vessel exposed to harm and self-harm and wider implications to future uncertainties.