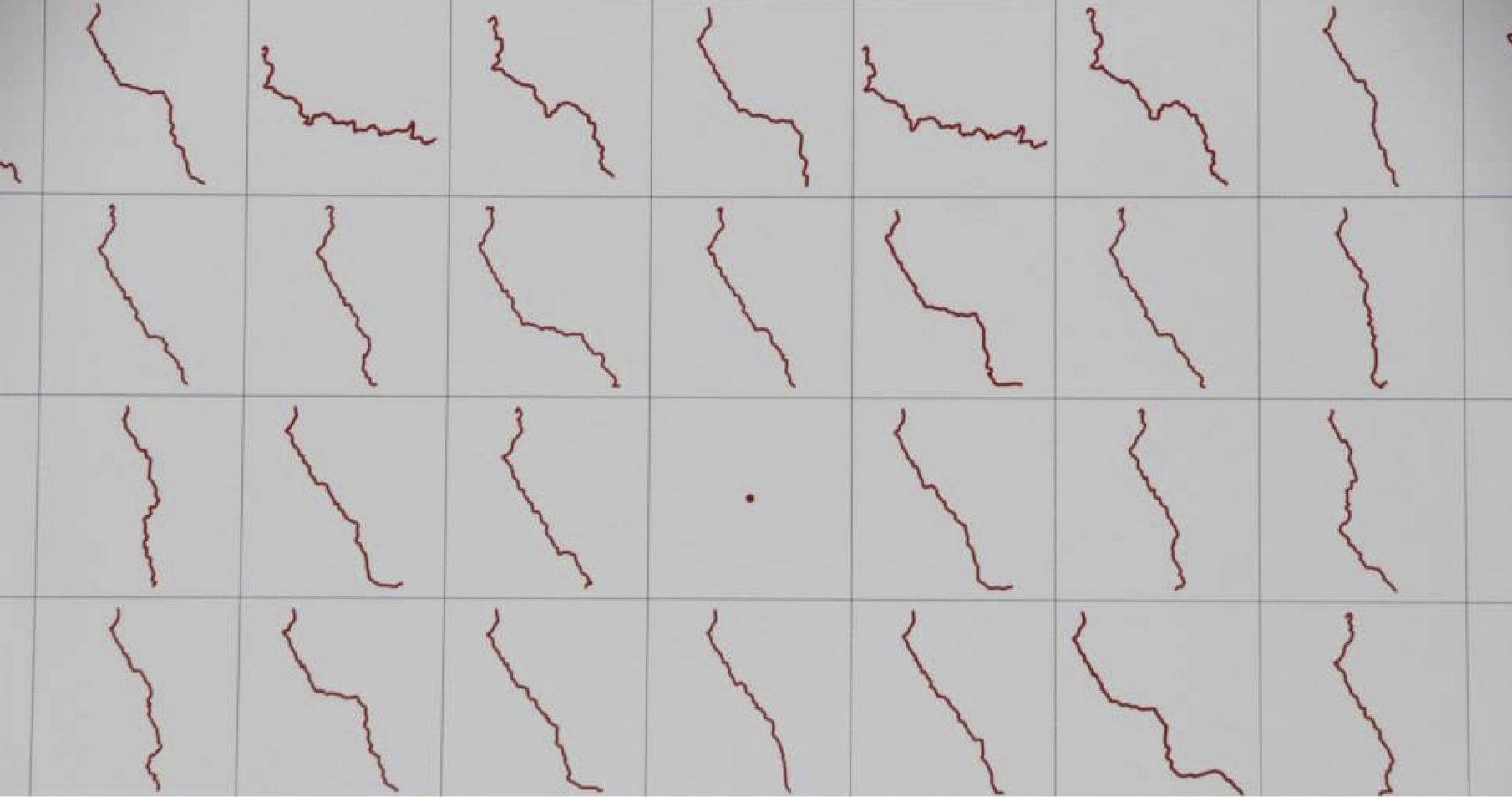 “We set foot in Vị Xuyên martyrs’ cemetery, which had 1,768 (until July 2013) graves of the deceased from 1979 to the beginning of 1990, especially in 1984 and 1988. I recorded all the information about these 1,768 people, which were etched on their tombstones. From the information I collected, I used Google Maps to draw connecting paths from their hometowns to Vị Xuyên (where they sacrificed their lives and their remaining corpses were concentrated). I separated these paths from the maps, for all that’s left are the cold and meaningless lines. in other words, we can only see 1,768 winding strokes. Is there anything left but 1,768 routes which all lead to death at the same place?” (Phùng Tiến Sơn)

The decade long Sino-Vietnamese War, otherwise known as the Third Indochina War, from 1979-1991, finally cemented the land border between Vietnam and China. Intrigued by this lesser-known conflict, Sơn traveled repeatedly over a six month period to the Vị Xuyên cemetery, situated just over 250 km north of Hanoi in the Hà Giang province, to visit soldiers’ graves who had died fighting there. He then used the information of each soldiers’ birthplace, recorded from their headstone, to generate in Google Maps the 1,768 speculative journeys leading to the cemetery that later became the Soundtracks artworks. The familiar blue route guides were then abstracted and aestheticized; removed from their geographical context and colored red, the lines appear stark and erratic against their white background. The single dots that recur throughout the work indicate tombstones of anonymous soldiers, buried without identification. These marks fill the squares that are found in each work: in the hanging panels that have been arranged to imitate an aerial view of the cemetery land, and in the touchscreen display that forms the sound work of the installation.

‘Soundtracks‘ – the sound installation, combines these imagined trajectories with the military dirge ‘Hồn Tử Sĩ’ (To the Souls of the Martyrs) to create an interactive work that builds on the artist’s history as a musical composer, as well as his ongoing interest in technology. The song was used by the antagonistic governments of both North and South Vietnam and continues to be used today in official military and state funerals. Sơn used customized software to reconfigure the melody to each journey, distorting the sound by altering its playback speed, and creating 1,768 versions of the same song. The amount of distortion reflects how much the trajectory diverges from the shortest path – a straight line between the start and endpoints. Curves to the right slow down the sound, while curves to the left speed it up. Tempo, tone, and balances are subsequently engineered to follow the various contours of each path chosen by the viewer via the work’s interactive display. Path and song then play out across the screen: the original score’s solemn sound modified with a lurching, technological influence. Through this digital manipulation of sound, the artist initiates a space for quiet reflection from his audience, leaving them room to contemplate the overarching sense of futility with which the work engages.