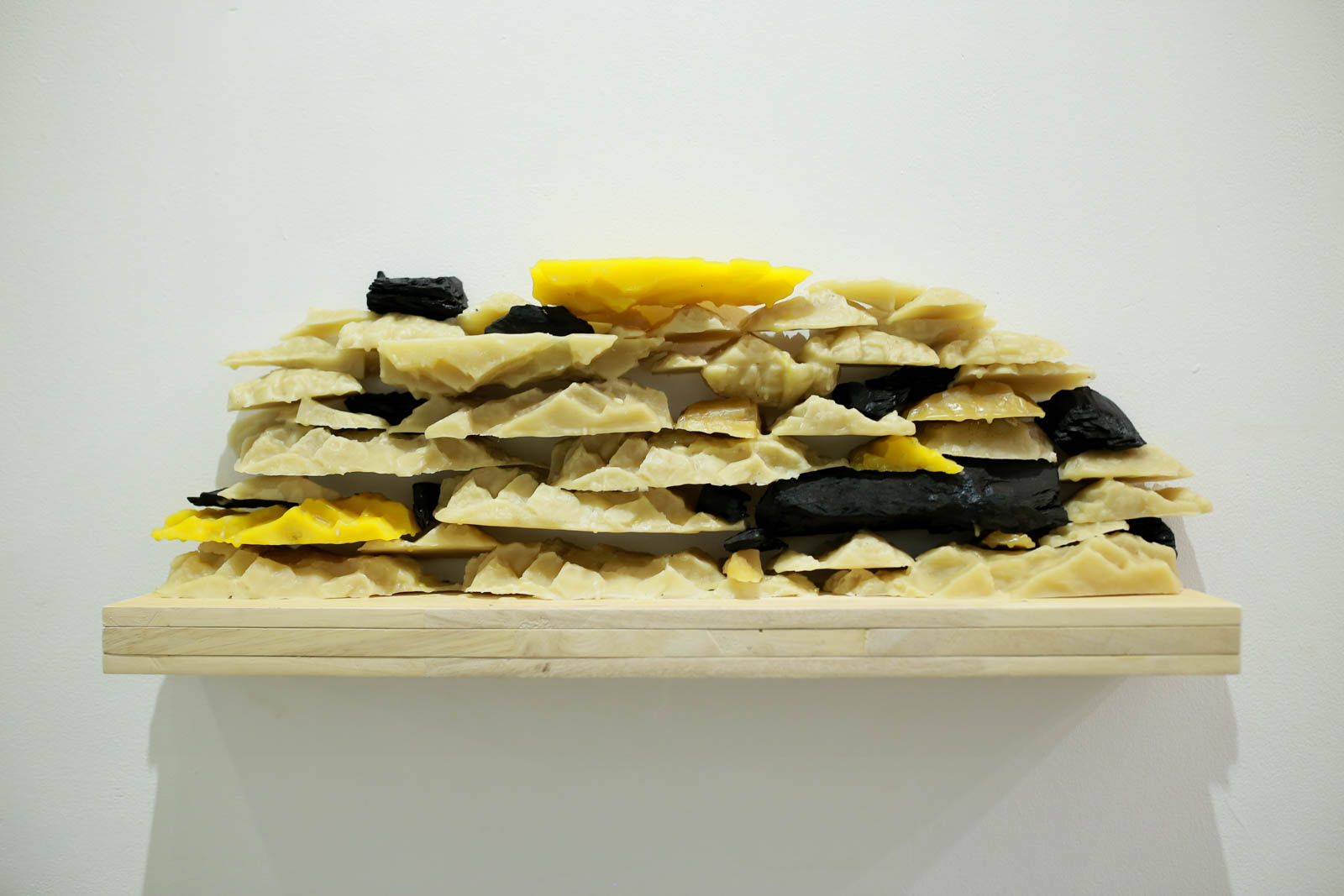 In 2013, a group of scientists published a detailed account of their attempt to reconstruct a lifetime chemical profile of an individual blue whale through examining its cerumen, or what we commonly call earwax. It was discovered that the lipophilic compounds preserved in the earwax can reveal not only the biogenic physiological changes in the whale, but also the anthropogenic contaminants it was exposed to throughout its life. In blue whales, earwax accumulates continuously from birth and forms alternating dark and light layers cor- related to periods of feeding or migration. This enables scientists to estimate the age of the whale in a manner that greatly resembles dendrochronology, the science of dating based on counting growth rings in trees. Like tree rings, which not only reveal to us the age of the tree, but also changes in climatic conditions during its lifetime, the chemical profiles uncovered by analysis of the whale’s ear- wax display a much more complex picture in which changes brought about by internal hormonal fluctuations intermingle with those induced by human activities. (Le Vi & R. Streitmatter-Tran. The Cerumen Strata as published in Art in the Anthropocene. Edited by Etienne Turpin and Heather Davis. London: Open Humanities Press, 2015.)