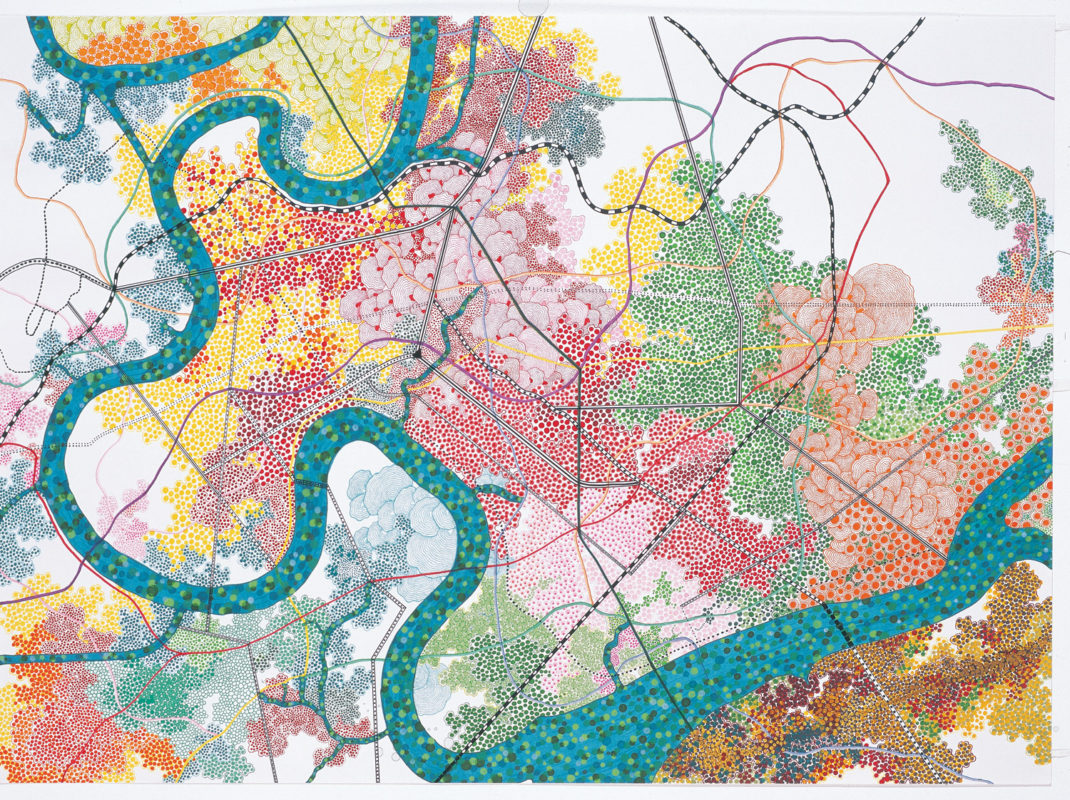 ‘Mapping and imperialism are linked. One is a signpost of the other’s presence, a signal of ownership as resolute as a planted flag… The cartographer’s gaze is a totalizing one, naming and organizing a “blank” space into knowable spheres… The cartographer’s eye/ I is invisible, concealed, transparent, just as the language of imperialism is presented as natural and universal… Maps are re/presentations, palimpsests, forgeries.’

Is globalizing rhetoric regarding development another echo of imperialist discourse? Is this the empire’s new clothes? Việt Nam’s current shifts—with infrastructural development funded in part by first world economies such as Japan, Korea and the United States as well as multinational corporate investments—echoes past patterns of displacement, racialized hierarchies and socioeconomic disparity. (Viet Le)

Tiffany Chung’s maps interweave historical and geological events, spatial and sociopolitical changes with future predictions, revealing cartography as a discipline that draws on perception and fantasy as much as geography. Exploring world geopolitics by incorporating international treaties with local histories, her work re-maps memories that are not part of any official records. Based on meticulous ethnographic research, Chung’s work excavates layers of history, rewrites chronicles of places, and creates interventions into the spatial narratives produced through statecraft. (EVA 2016)