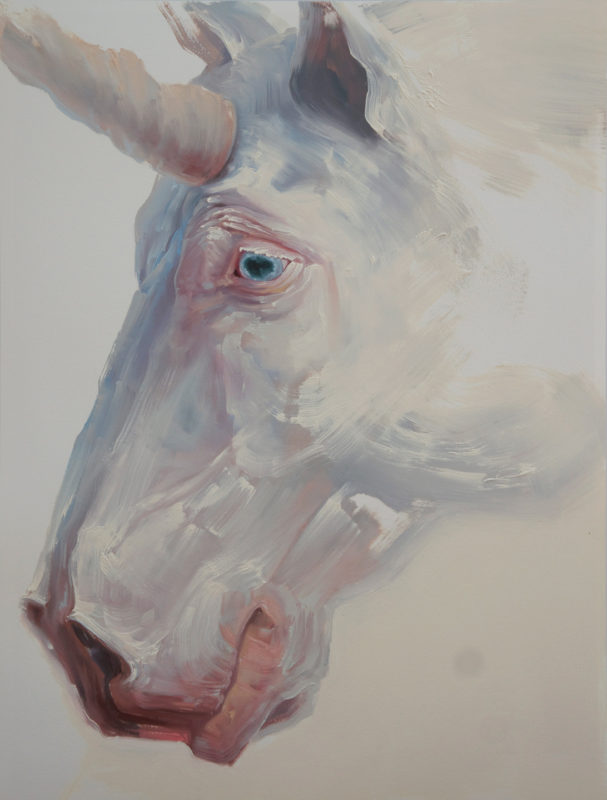 The work feature heads of state in hybridized form with their corresponding Chinese zodiacal animals. These portraits show the emotional side of power by evoking the qualities of human temperament as represented in the Chinese zodiac and in Greek mythology. Truong represents mythology, but she also questions the relationship of myth to our evolving morality. She similarly collapses our notions of East and West in paintings that both harmonize and interrogate, echoing Edward Said’s assertion that “Neither the term Orient nor the concept of the West has any ontological stability.” (Quynh Pham)