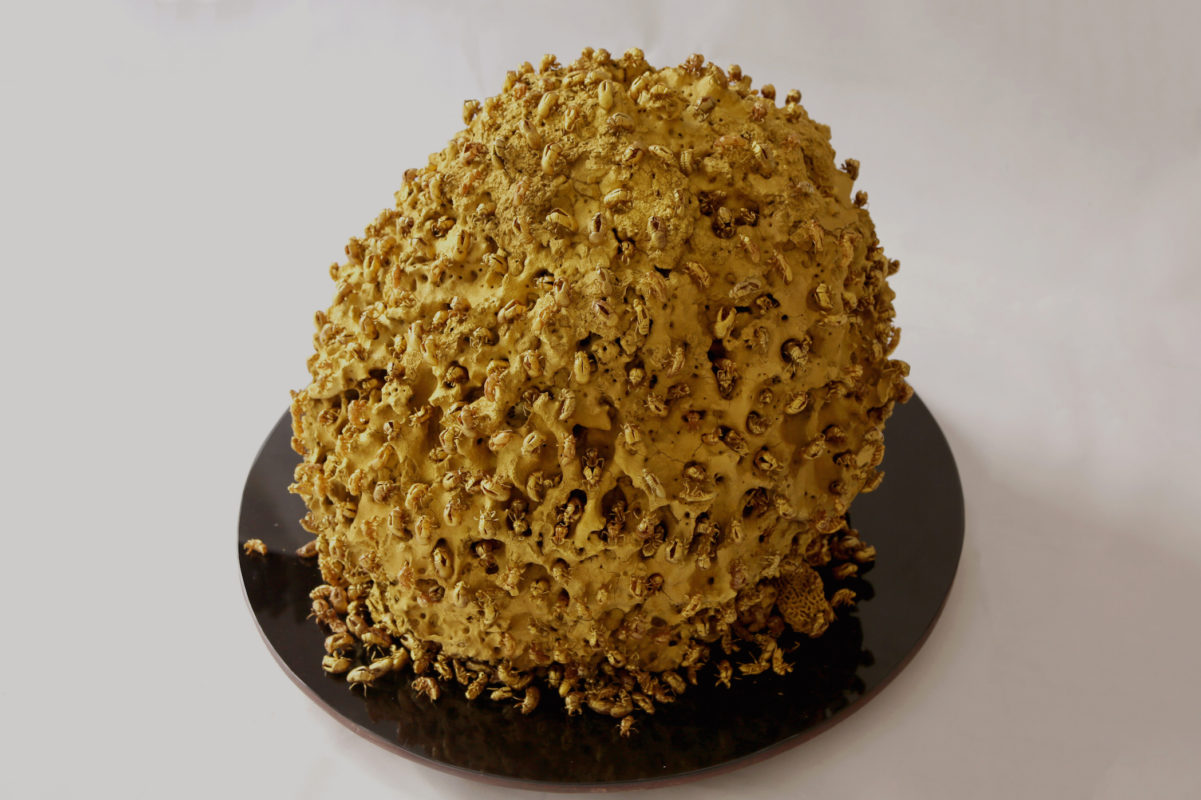 In Vietnam, people tend to impute strange-shaped objects such as soil, tree roots, or fruits to holy supernatural power and then preserve them as blessed items to pray. Hence Totem Tower is a sculptural work but it is also an act by Truong Cong Tung performing his ‘magical’ illusion to transform the mediocre into something seemingly sacred and treasurable, here namely a piece of soil and hundreds of cicada bodies. Both the soil of termite nest and the cicadas are entities lying deeply and then arising from the ground, represent the magical strength of the nature – that the people believe in animist power of non-human world over human beings.